let's talk about the "r" word 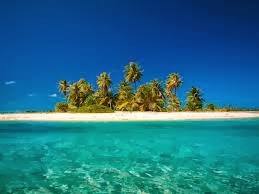 So let's talk about something that almost seems like a swear word it's so hard to work out.
"Respite" it seems like a while ago I was wanting to have the money so that I could organise respite and we then got the money but that was only the beginning I realised a lot about myself and also realised just saying get respite is as easy as it gets as it's hard going. Let's walk through my personal journey as a parent for a little while, I think talking about my feelings are a great start :)


Scared there I said it, we found a great babysitter and I had just got my kids registered for in home care. I found out that it would be really hard work to get the babysitter who mind you was pretty perfect, registered as a in home care worker. In the moment I realised that I had spent all this time invested in getting my kids to progress that I was so scared that some stranger would ruin it all. I had spent the better part of my son's life trying to help him get through this Selective Mutism that I realised I was so flipping scared that someone would cause him to have a setback. I was in tears at the in home care place thinking about how much it just scared me to trust someone I didn't know with my precious kids.


Exhausted at some point somewhere around the point that I become a parent of two precious special needs kids it got hard work. When it was just my eldest I could have a sense of management I had it organised, not so much now. Appointments are in plenty I am forever trekking up to Perth for another specialist appointment staying in a stupid hotel/caravan park, with my kids alone most of the time. I feel exhausted and over it, but I have to keep going. Some days it feels like it's never ending a lack of peace or normal seems to invade my mind. I'm over it some days I really am over it. I recently had to go to Perth with my boys when I was sick and I remember feeling like I just wanted to go home, I was so sick and just wanted to be home, but I had to be there it was not a nice feeling at all. But I got through it!!! And made it home too!


Forgetful is it a feeling I don't really know! But that's how it is with me at the moment. I forget lots of stuff at the moment. Unfortunately I'm forgetting appointments getting times mixed up and then they get it mixed up to make it worse. At one point I was sitting in hospital with my boy and get a message from our psychologist I had flat out forgotten to cancel our appointment I did not feel great at all. It wasn't an issue for the psychologist but it shows where I am at the moment.

Starved you see over the last two months it's finished now I did a marriage course with my husband. I can see the gasps now as you read this. You are thinking oh are they having marriage troubles, rest assured we are fine. But this I know my kids most important foundation is our relationship together. We spent 8 weeks of getting out on our own hubby had to work really late to make it happen but it worked. I realised that after spending time with him I was starved for his company "alone" plain and simple. It was important for us to have time together and it felt good to be just us!

Reclusive that's how I felt and still do for a large part. It feels like there has been SOOO much going on. I just want to go home and be with my family spend time with them. I almost wanted to ignore everyone else, not answer the phone. I got sick of phone calls it has nothing to do with the person on the other end. But it seemed like I was always answering the phone making phone calls and I was over it! Home even though to be honest it's a mess, but home felt like a haven. In my home it was my rules, my plans and so on, I had the last say.

So that's how it is at the moment. We did get some respite which was great. I still am on this journey. I feel like there is a master plan for us to feel better in ourselves and as parents and I want to feel less exhausted over all!!! But it's a journey and we still haven't got it all figured out. It doesn't happen overnight and just because you get funding it doesn't mean that it's all lined up for you! There still is an emotional journey to trust someone else with your kids, to get the right person the right funding. I can see how some people just go nope it's just too hard. I tell you this I was really sick over this school holidays and one way that I coped was the respite that we did have, just a few hours each morning where I had some space with less kids made all the difference for me. This conversation I think though will continue as we work on this balance. If you are a parent to a child or children with special needs why don't you join me? And share your experiences below good or bad!
Posted by Kerry at 9:45 AM